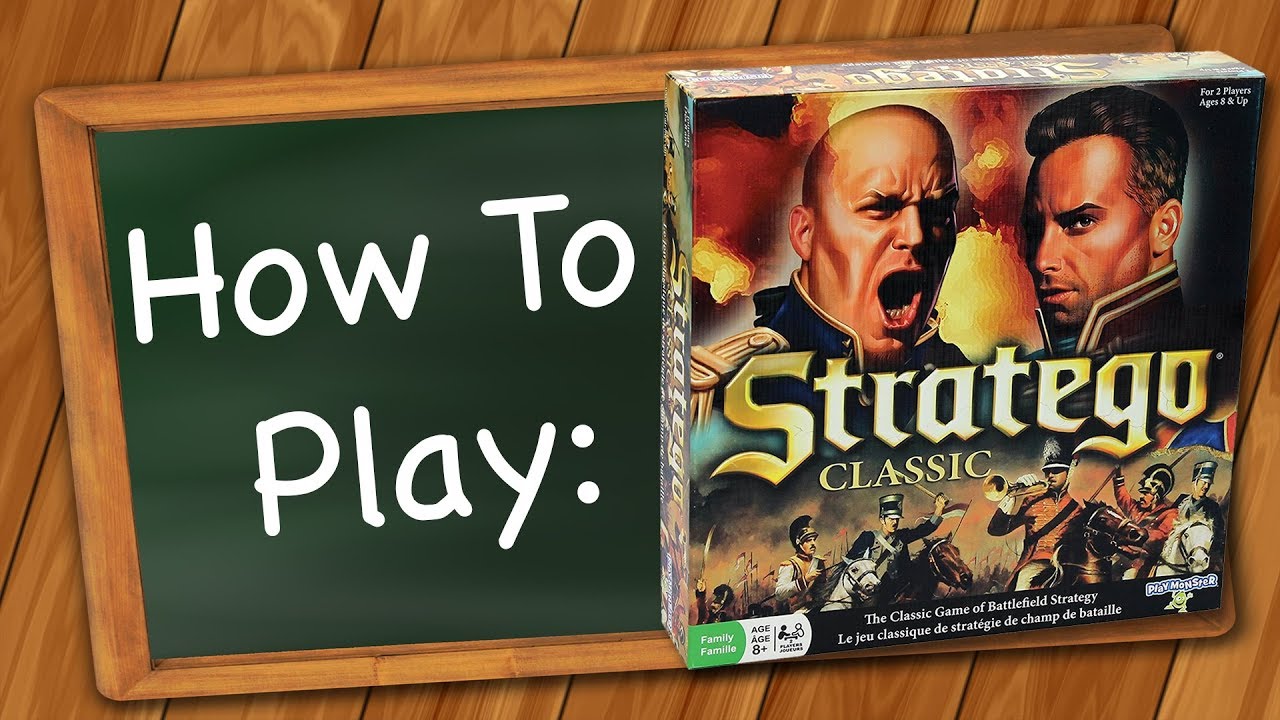 How to play Stratego

Learn the rules to the board game Stratego quickly and concisely – This visually rich video has no distractions, just the rules. Don’t own the game? Buy it here: (This Amazon Affiliate link directly supports me) RULES: The object of the game is to capture your opponent’s flag. Setup: Layout the board between the players...
READ MORE

Learn the rules to the board game Stratego quickly and concisely – This visually rich video has no distractions, just the rules.

Don’t own the game?
Buy it here: (This Amazon Affiliate link directly supports me)
RULES:

The object of the game is to capture your opponent’s flag. Setup: Layout the board between the players so the name stratego faces each of you. Each player picks a color and sets up their pieces on closest 4 rows of their side of the board so that the labeled sides face you and away from your opponent. You may use the dividing screen to help mask your setup from your opponent. Only 1 piece can occupy a square at a time. Once both players are ready, remove the dividing screen if used and play begins.

The red player moves first then play alternates. On your turn you must move 1 piece to an adjacent square or attack an opponents piece on an adjacent square. If you cannot do either, then you immediately lose and your opponent wins the game.

Pieces move 1 square at a time forward, backwards, left, or right. They cannot move diagonally, jump over or move through another piece. They cannot move onto the same space as another piece unless they are attacking. A piece may not move back and forth between two squares for 3 consecutive turns. Only 1 piece can be moved per turn.

The flag and Bombs may not move or attack. The number rank 2 scout is the only piece that may move any number of open spaces forward, back, right or left. When moved, the scout may only move in one constant direction until the next time they’re moved.

You may only attack opponent’s pieces. To attack an opponent’s piece, move your piece above it and tab it, saying your pieces number rank. The opponent says the number rank for their piece and the lower number is captured and removed from the board and put back in the display tray. If the attacking piece won, it now occupies the space the defending piece held. If the winning piece was the defending piece, it stays on the same space it was on when it was attacked. When pieces of the same rank battle, both pieces are removed from the game. Attacking is always optional.

The letter rank “S” spy piece is ranked below all other pieces except the number rank 10 marshal. The Spy is the only piece that can beat the marshal. If any piece attacks the Spy or if the spy attacks a piece that isn’t the marshal, then spy loses and is removed from play.

The first player to attack the opponent’s flag captures it and wins the game. If all your movable pieces have removed or you cannot move or attack on a turn you lose.

There are three Tournament rule variations you can play with.
Aggressor Advantage: When pieces of the same rank battle, the attacking piece wins.

Rescue: when you move a non-scout piece to your opponent’s back row you have the option of returning any 1 piece of yours to any available space on your half of the game board and end your turn. However, you may not rescue a bomb, you may only rescue 2 pieces a game, and the same playing piece cannot make both rescues.