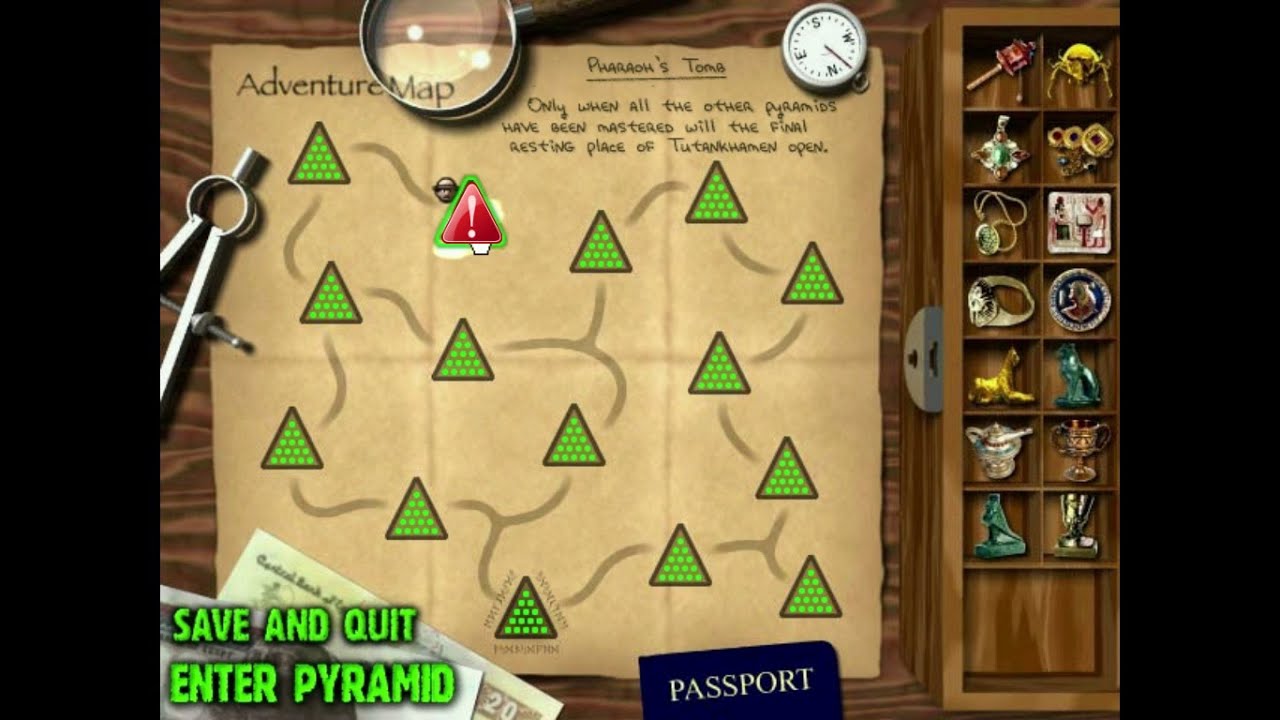 Each pyramid has 15 chambers (mazes) and the last one contains an ancient secret. Once you complete one pyramid you can get to the next one, which is harder. If you make a mistake, you can reset the maze or undo the last move. Your score in each maze is determined by the maze’s difficulty and the time you take to solve it.

What is more, sometimes you may encounter two mummies and scorpion in the same maze. You should try to lure them into each other and only one will survive. Also, in some mazes there are scorpions locked in cages that either you or the mummy can release by stepping on a key. Scorpions behave like mummies except that they move one square per turn. There are also red mummies who move vertically first and then horizontally and deadly traps.
You should always keep an eye on the Ankh in the bottom left that is present in some pyramids. If it turns red, there’s no way to solve the current pyramid, so you can undo your moves until it is no longer red or reset the maze.
Remember how white mummies always move horizontally first,then vertically.
The red mummy does the opposite,moving vertically first,then horizontally.
The scorpions behave just like the mummies do,except that they only move one square per turn.